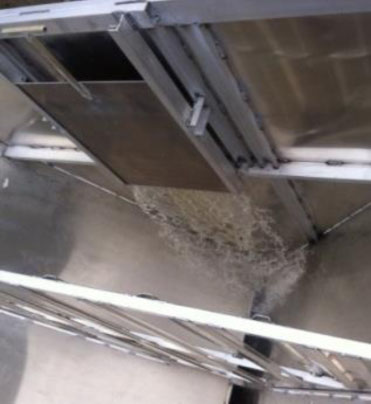 Imhoff tanks are named after the German engineer who first designed them, Karl Imhoff. They are used in sewage treatment works. They consist of two chambers or effectively a tank within a tank. The sewage passes through the upper chamber allowing solids to settle out into the lower chamber where anaerobic digestion occurs. The tank is designed such that biogases generated through the digestion process are trapped within the lower chamber and can be vented off in a controlled manner.

When the time came to replace the existing aluminium tank at the North Burnett Council’s treatment plant, BigEng completed the design, fabrication and installation of a new one.

A major challenge with the project was that there were no drawings available of the existing tank, so the design could not be completed until the old one was pulled out and cleaned. It was only then that it became evident that, because of the shape of the bottom, the tank could not be supported from underneath so it was necessary to devise a means of supporting it by hanging it from the surrounding walkway. 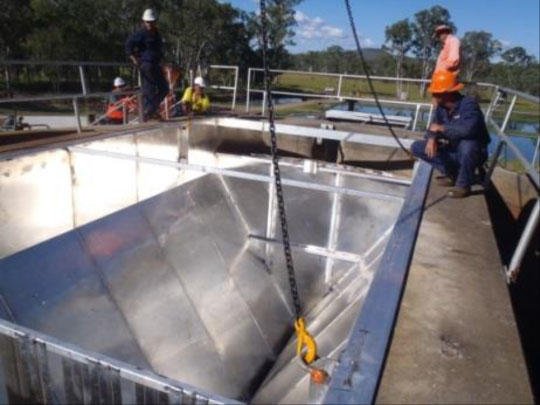 “We were very happy with the way that BigEng handled the whole project” said Mr Graham Cole, who manages the treatment plant. “They not only had the technical expertise and fabrication capability required to do the job, but were also very professional and easy to deal with.” 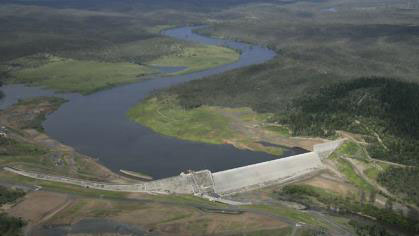 The 37m high, 300 000 ML Burnett Dam project in Queensland was officially named Paradise Dam when it was opened in December 2005. Paradise Dam became Australia’s largest RCC (rolled compacted concrete) dam, winning the 2006 Queensland CASE Earth awards in the categories of environmental and construction excellence. The dam was designed to provide irrigation and environmental water for the Wide-Bay Burnett region.

The dam was built on a dry river bed after two diversion culverts carrying 420m3/s of diversion water and a temporary fish way were installed. The dam wall was constructed using a RCC-mix of cement and aggregate. The RCC was spread in 310mm layers and compacted with a combination of 18t vibratory drum rollers and plate compactors. Reinforced RCC was applied to the primary and secondary spillway dissapators aprons, with the last RCC apron layer containing high cement content (150 kg/m3).

The upstream face of Paradise Dam was constructed from precast panels welded together and a Capri PVC membrane embedded in the panels’ downstream side. Steel steps and RCC formed the dam’s downstream face. The inlet tower is comprised of fine screens and a shutter system while the outlet structure contains a gate house control room, valve room and valve pits, the downstream weir and the fish way control pipework.

Noteworthy and unique features of Paradise Dam include:

BigEng was the major contractor to Burnett Dam Alliance for supply of steel work, onsite installation as well as onsite maintenance of machinery and equipment for the construction of Paradise Dam from 2003 to 2006;